Shopping Cart
Your Cart is Empty
Quantity:
Subtotal
Taxes
Shipping
Total
There was an error with PayPalClick here to try again

Thank you for your business!You should be receiving an order confirmation from Paypal shortly.Exit Shopping Cart

Every day I hope to remind everyone of the service and sacrifice of those who have gone before us to support our way of life, our freedom. With everything going on in this country currently, I believe we can remind people of what a great nation we have.

Because of the Brave Incorporated

About Because of the Brave...

On December 14, 2013, I was ten years old and made my first trip to Arlington National Cemetery with my father and brother volunteering for Wreaths Across America, which has become an annual tradition for us. Over the years I met Gold Star Mothers and listened to them tell the stories of their children who made the ultimate sacrifice. I would later lay a wreath on grave marker 10108, Captain Andrew Pedersen-Keel, on behalf of his parents who I came to know. Following the wreath-laying each year we would travel to visit Medal of Honor Recipient Colonel Harvey C. Barnum Jr. USMC (ret.) and his wife Martha where my brother and I would receive history lessons as well as words of wisdom which had a significant influence on me. Col. Barnum taught me we are here to do more, and be more, and that ordinary people, when called upon, can perform extraordinary feats just as he did to earn the Medal of Honor.

In November 2017 I attended VetsRock for a few days with my father where he volunteered. It was there where I would meet several people for the first time who would greatly influence me.

Bryan Donahue wrote a book titled “On Borrowed Time” and after reading it, along with meeting him, it changed my life. Bryan made me want to become the best person I could be, no matter how much time we are given here on Earth. You proved that the impossible is possible and hard work and determination will get you far in life.

I would meet Bob Keiser, and later Helen Keiser-Pedersen who run APK Charities. As I learned about APK Charities and Capt. Andrew Pedersen-Keel Bob asked if I would lay a wreath on Andrew’s grave for Wreaths Across America because they were unable to attend. This was quite an honor and privilege bestowed upon me. To say Andrew's story has changed my life would be an understatement, I share it anytime I can so his memory can live on. Although I never had the honor to meet Andrew, Bob and Helen have made me feel connected to his legacy, and lead their non-profit with great pride.

Kevin Brown was the Chairman of Mohegan Sun at the time and hosted VetsRock and Salute To the Troops. I was able to see firsthand how he rolled out the red carpet for the active-duty military as well as Veterans. If it were not for these events, I would have never met him, Bryan, Bob and Helen, and Gold Star wives who were also there.

In 2018 I had been pondering over the idea of doing something more, so I could help others. I had imagined a small blog sharing with people about local Veterans events but hadn't imagined anything more than that. With all of the inspiration I had from the mentors in my life, I knew that gearing this towards current and former service members would be the best option. I began using my free time to navigate the world of blogging and took my time to create a website that I could be proud to publish.

In November of 2019, I published Because of the Brave and made it my mission to honor our current and former service members. I started out by posting about Medal of Honor recipients every Monday, hoping to educate those around me. In February of 2020, I received a call from the Congressional Medal of Honor Society for my achievements on Because of the Brave, and I was taken back.

My top three personal goals when I started Because of the Brave were 1) Become a Non Profit, 2) Work with Nine Line Apparel 3) Meet Kyle Carpenter. Never in a million years would I have thought that any of that would happen. I learned that when you work hard anything is possible, and supporting our military is the best thing you can do. I am so fortunate to work alongside so many incredible people, and can't wait to see what the future holds! 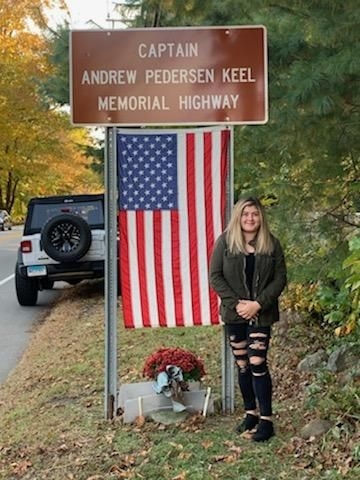 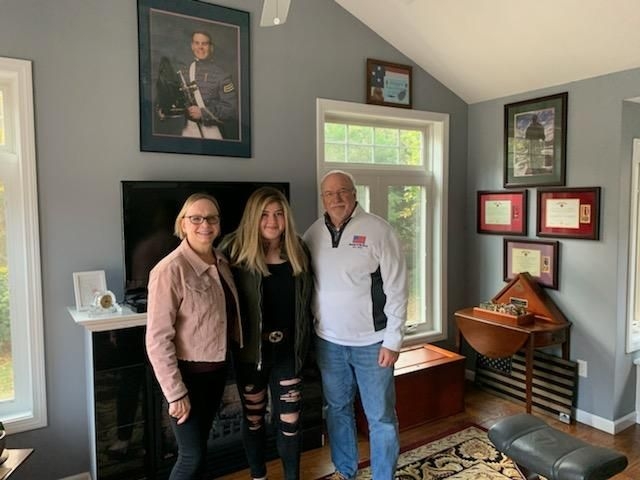 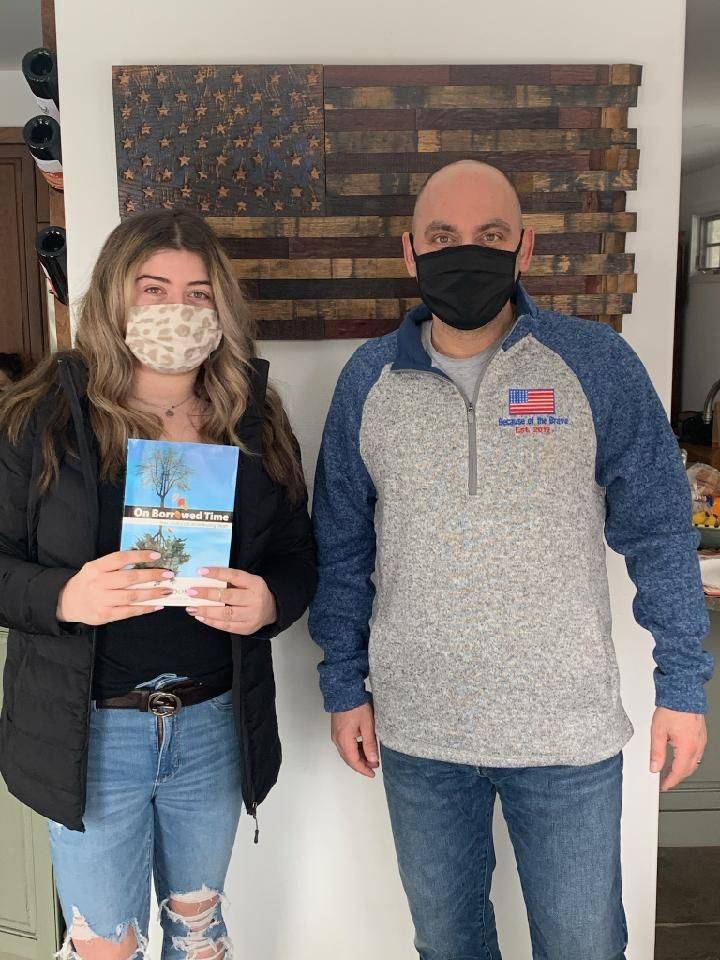 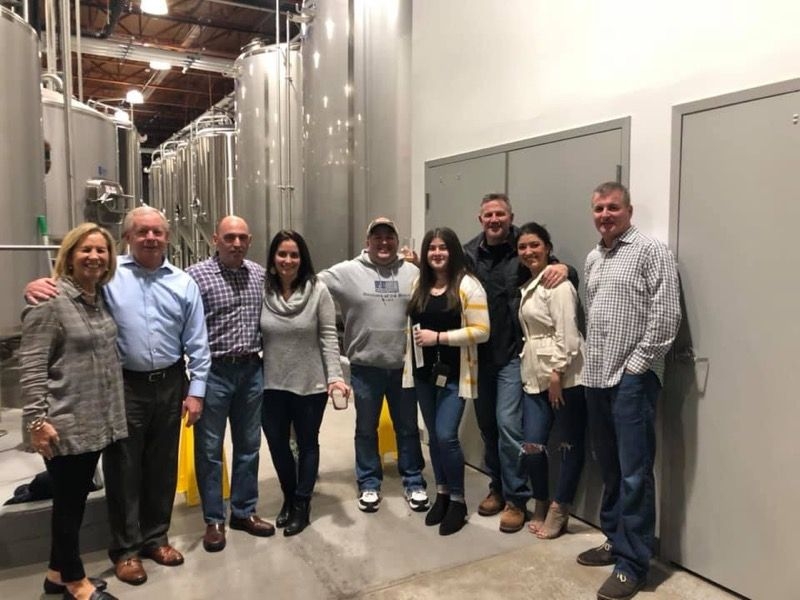 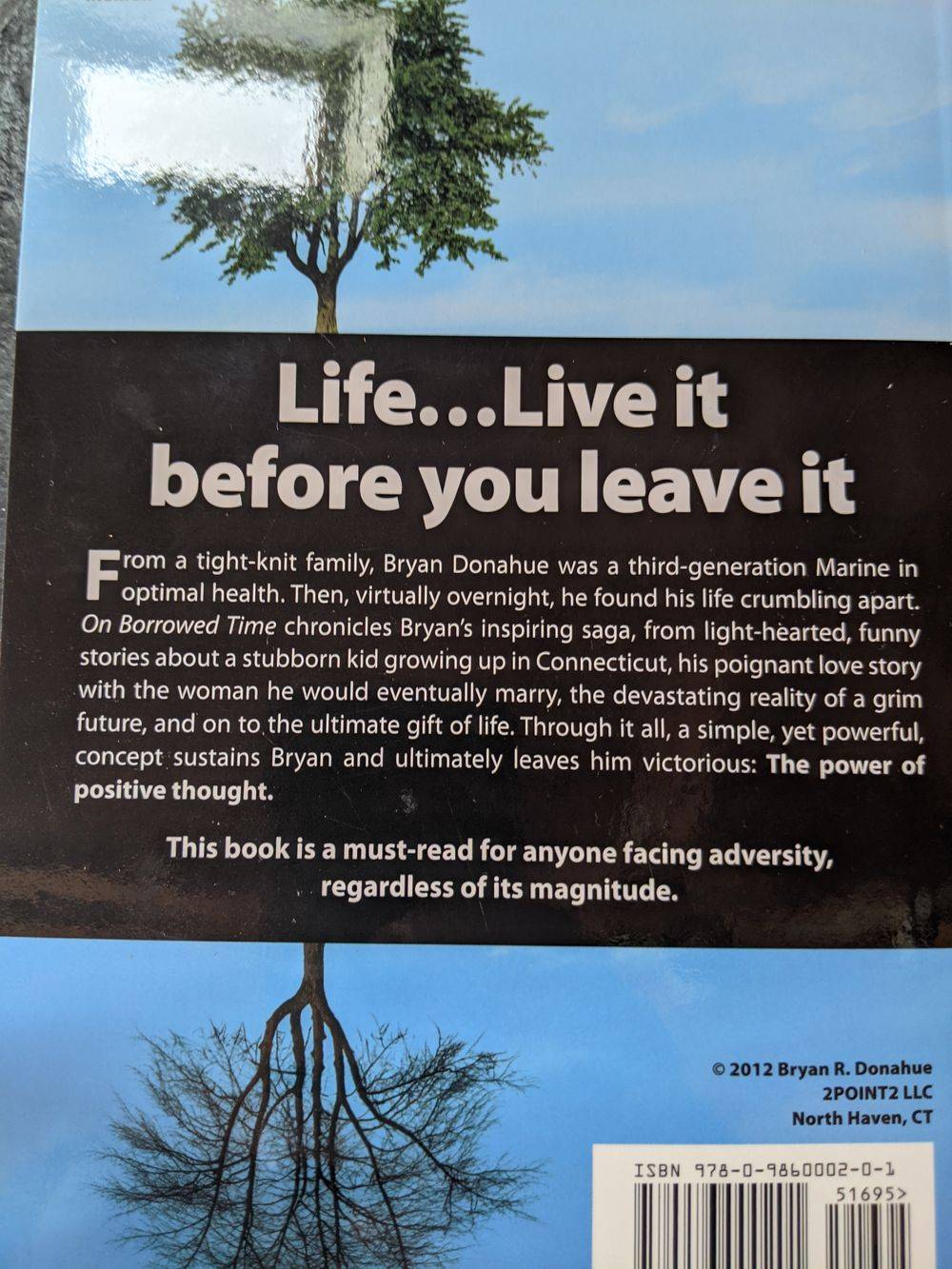 December 14, 2013 my journey began at the age of 10 with my Father and brother Jack. I volunteered with Wreaths Across America at Arlington National Cemetery and have been there every December since.

LCPL John Gravil graduated Cheshire High School in 1965 with my Grandfather and was killed in action May 20, 1967. I walk the same halls as LCPL Gravil, often by a display dedicated to him and this year I will graduate. I will continue to honor him, and all others who made the ultimate sacrifice.